Blackout: The Clock is Ticking is a Euro-style board game that aims to raise awareness in the research and development of a radical new energy network.
Role:
Designer in a team of 3
Duration:
2.5 months
Context
After two of the major blackouts in the 21st century, the 2003 Northeast Blackout and 2021 Texas Blackout, we all became armchair experts in power systems. Blackout, became one traceable chain of human and machine events that reveals the totality of the state of electricity in America. I teamed up with two designers and pitched Blackout: The Clock is Ticking to emphasize the mechanical challenges of America's power system. In this game, the players are instructed to develop an adaptive and compatible crisis management solution from reactivating power plants to resolving electricity issues when a blackout hit their city. 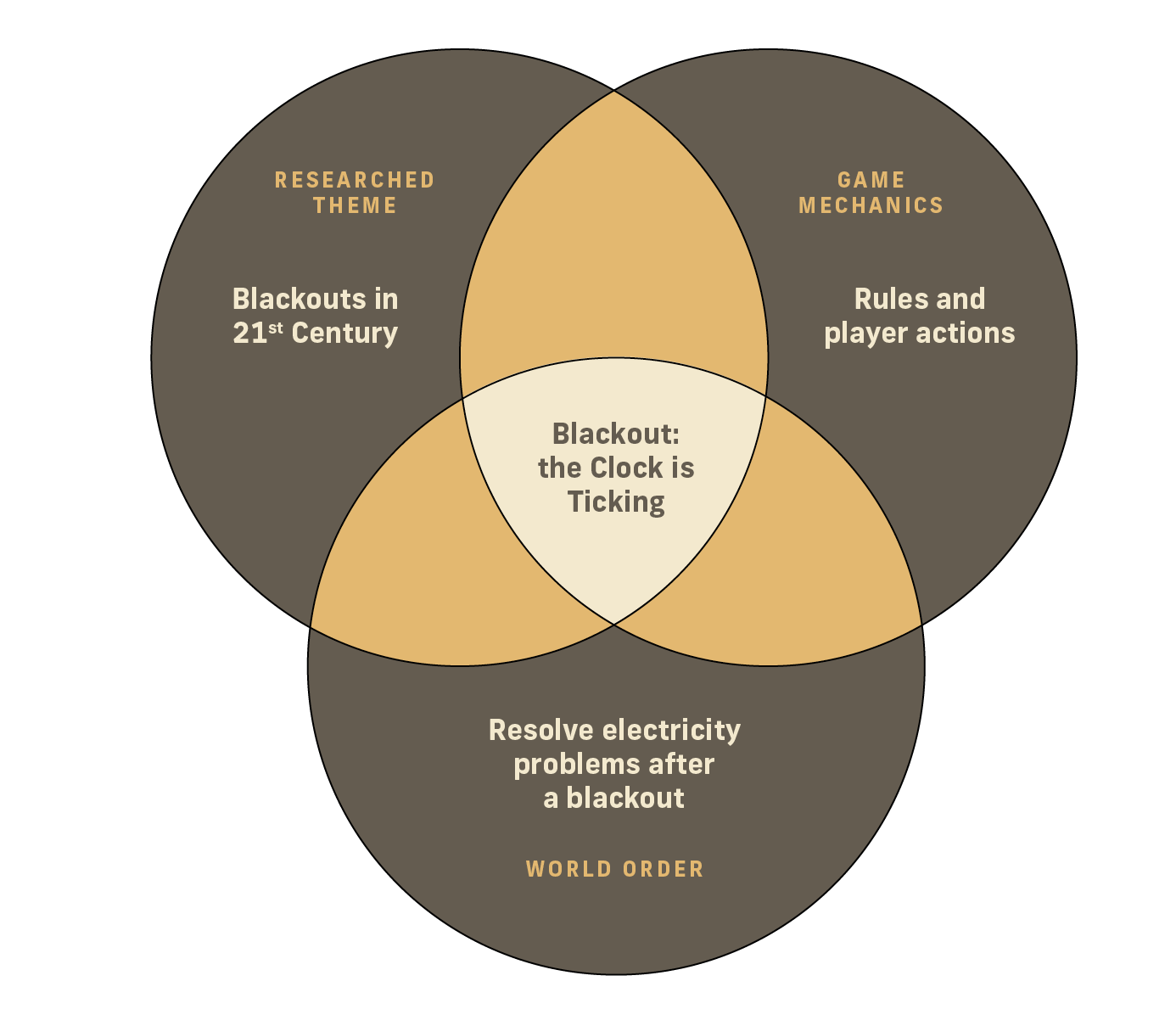 User testing:
To prototype, test and reiterate versions of the game until it is carefully choreographed and structurally sound.

CREATIVE STRATEGY:
To strategically plan and fabricate a compelling and educational board game with captivating stories. 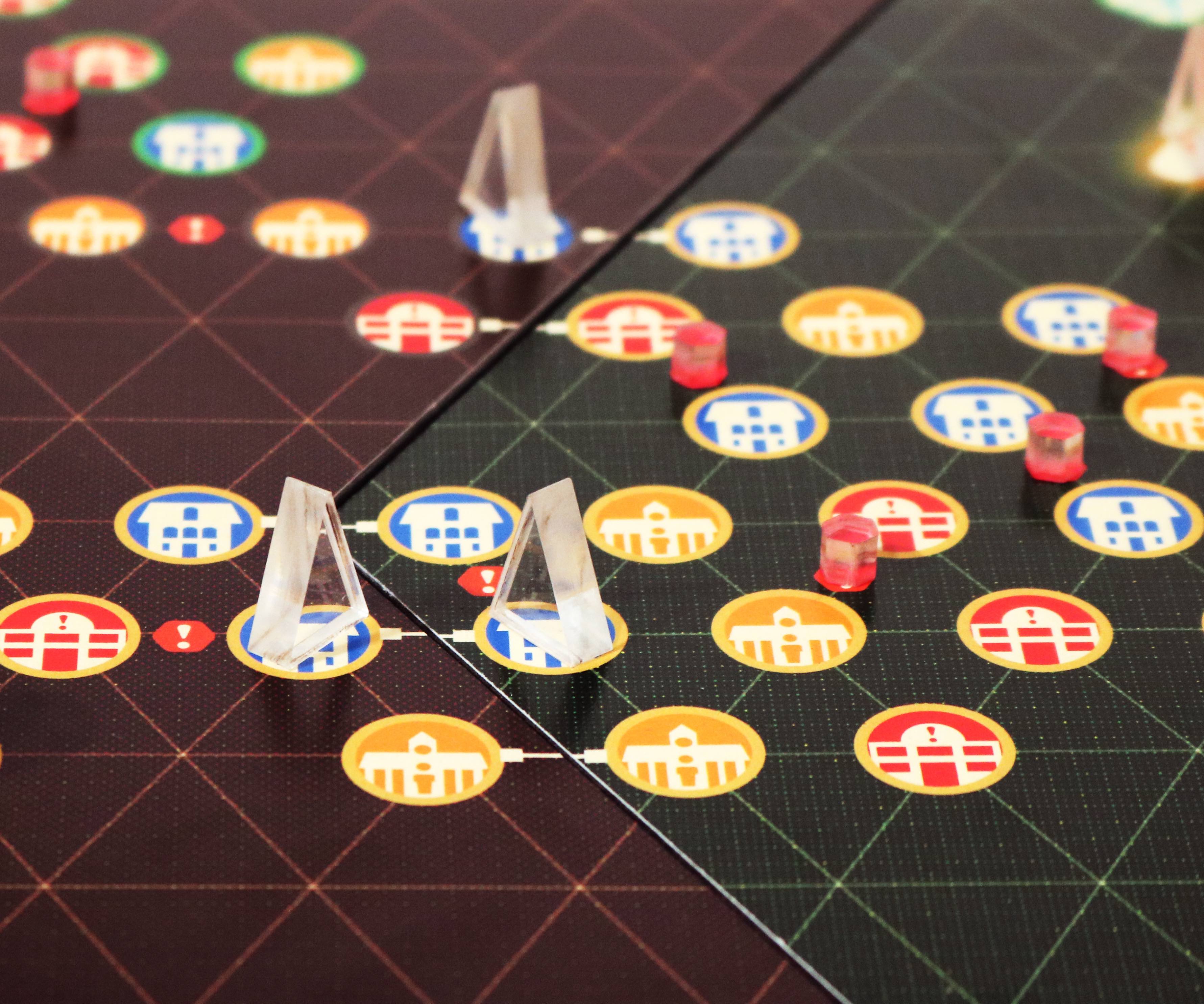 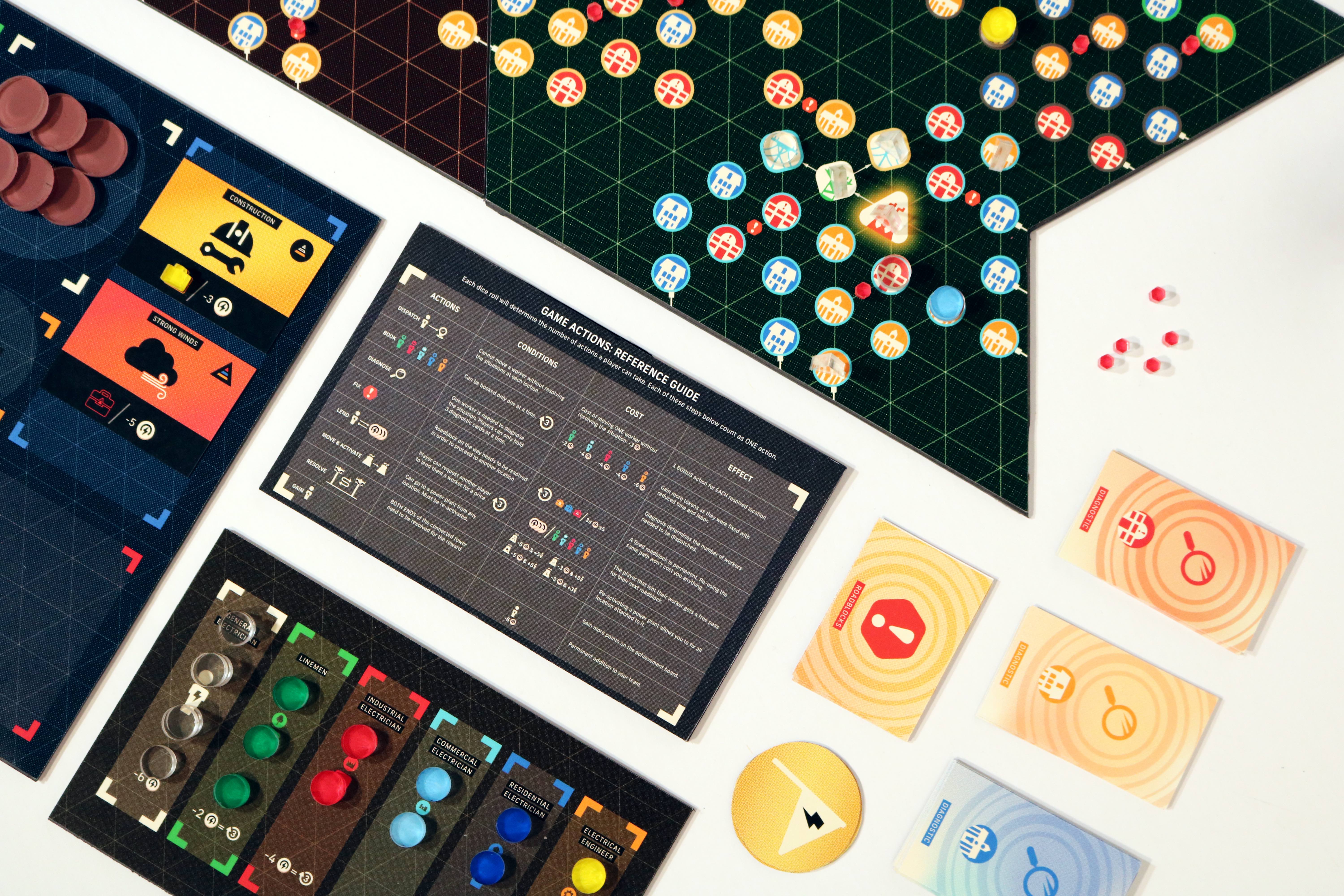 ↑ Toolshed + Worker ID Board: Players can checkout toolboxes or book specialist workers to build an efficient workflow. However, all resources are scarce, shared and time-sensitive. 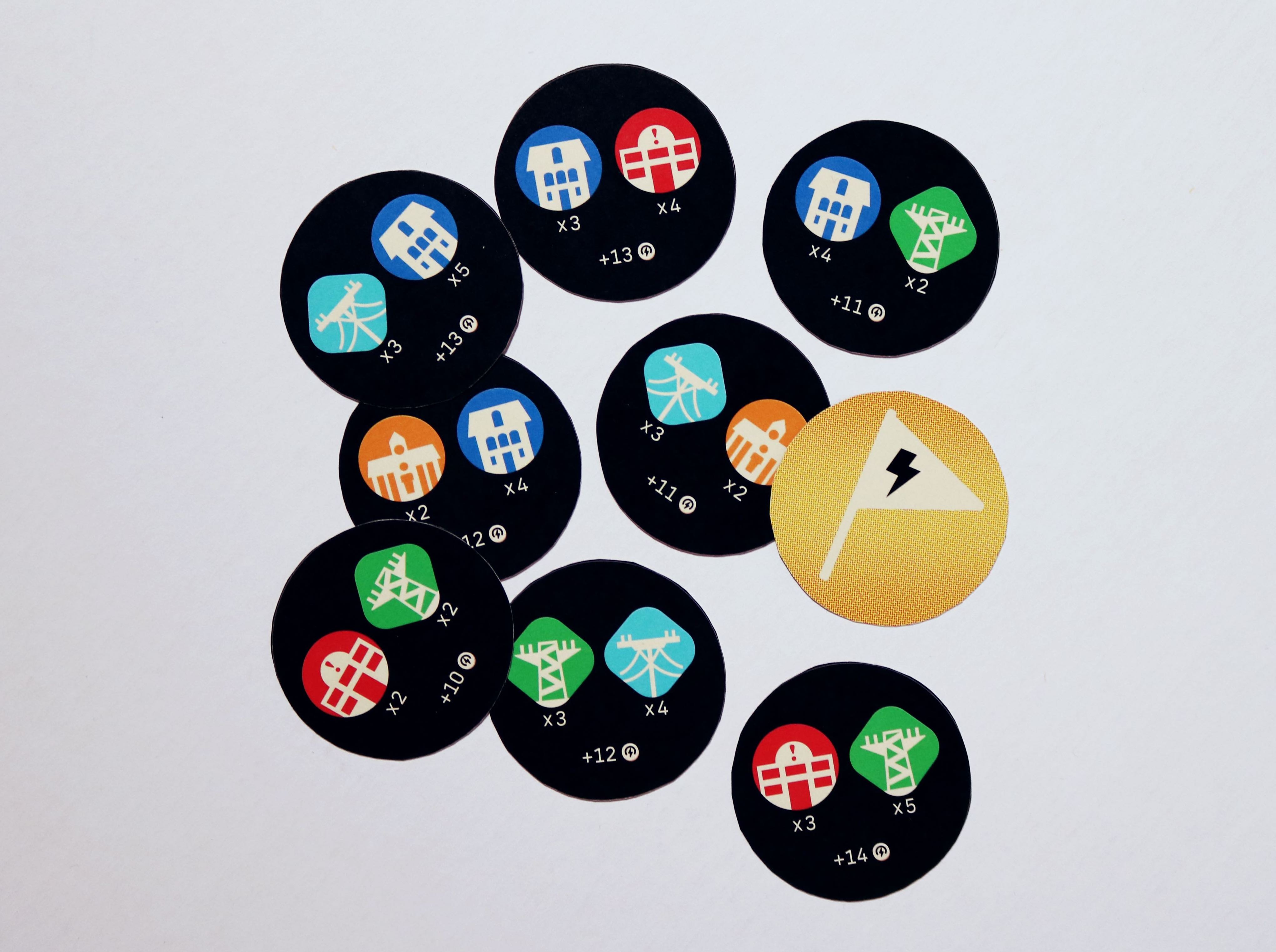 ↑ Weekly Mission Cards: Players are assigned missions to complete every seven rounds (one week in the game) in order to gain higher achievements. Designed by Réka Szabo 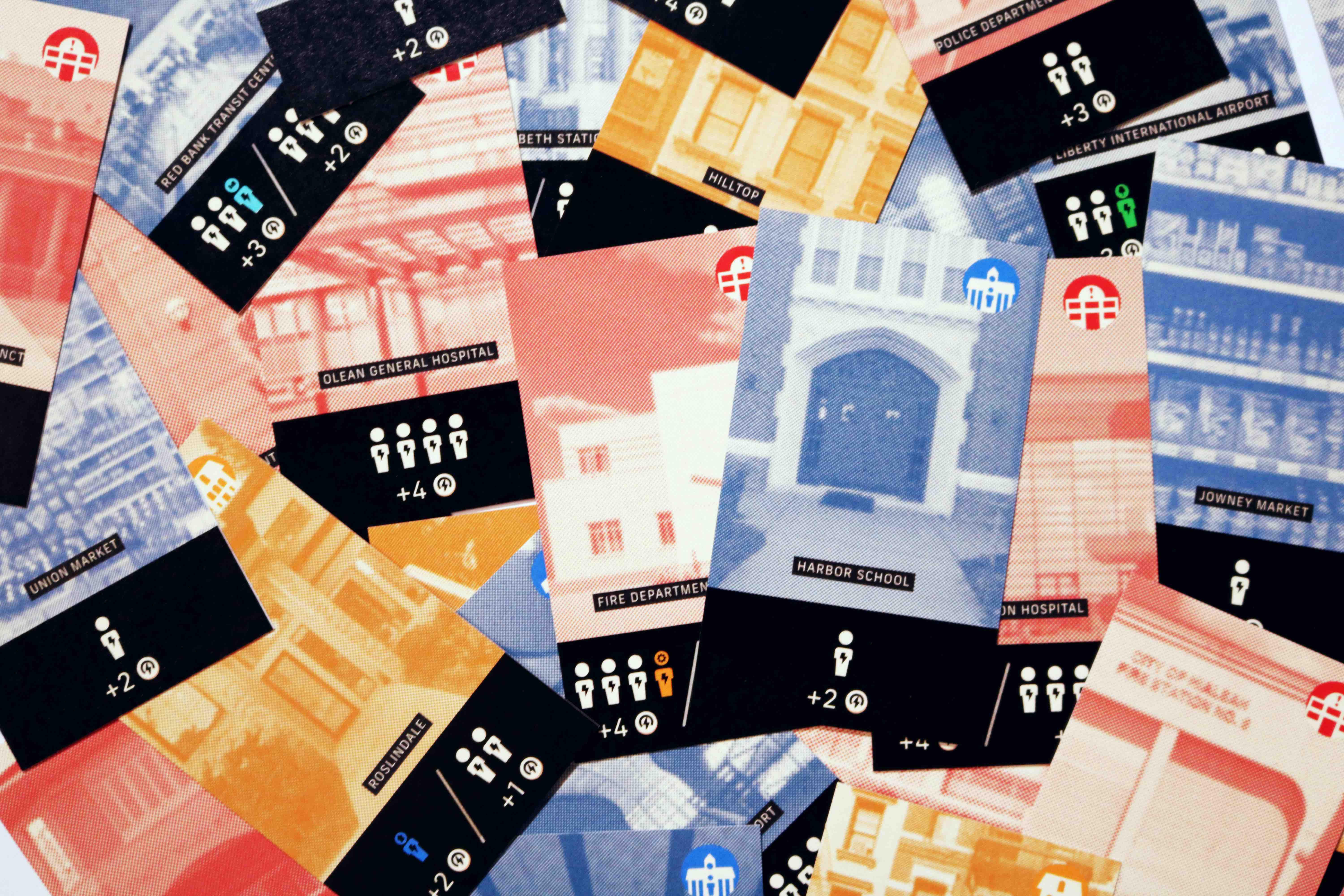 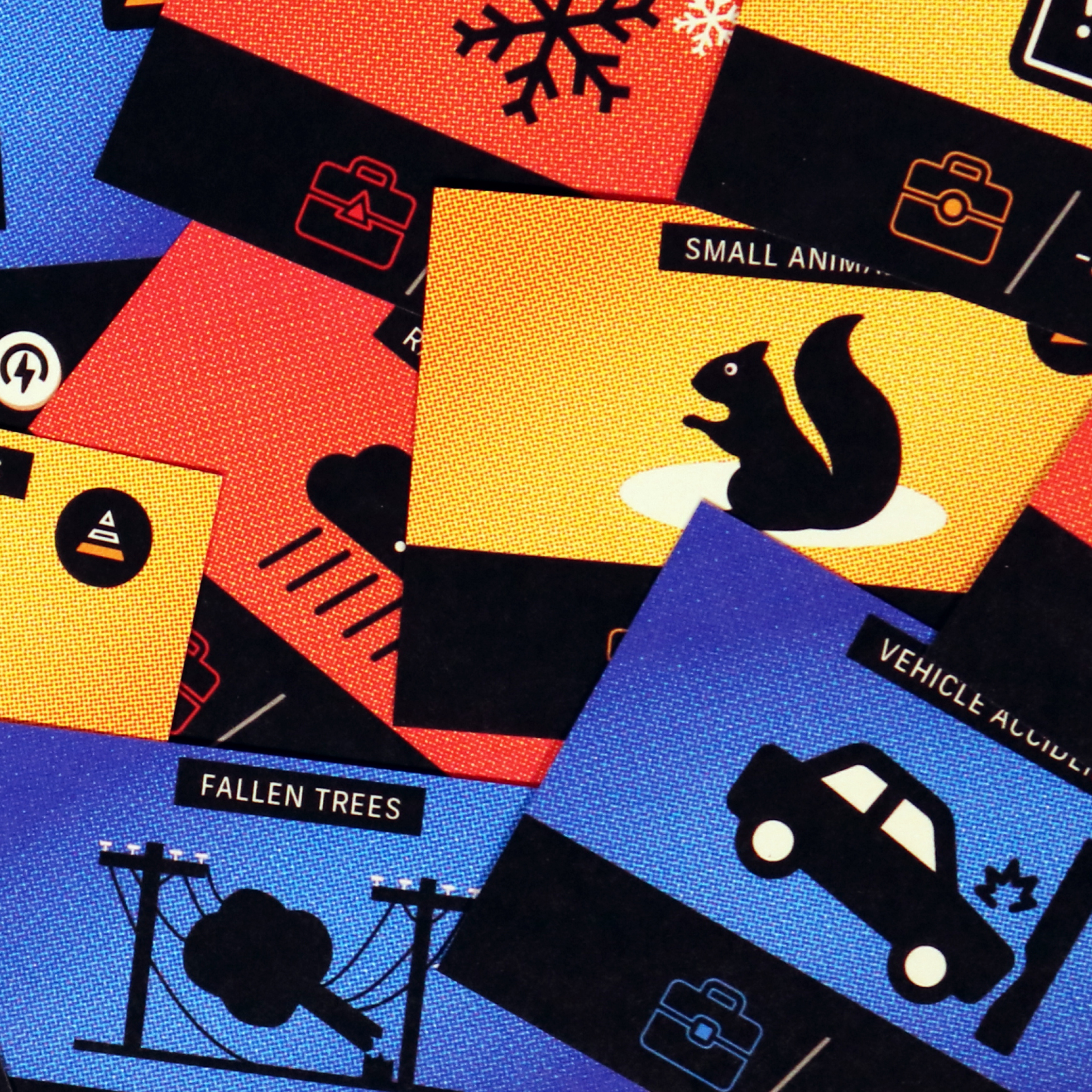 ↑ Roadblocks: Players encounter different levels of electrical issues that blocks their progress. The roadblocks can be resolved by checking out toolboxes of different levels or paying tokens. Designed by Sama Kasliwal
Game Board
The dart-shaped game boards are designed to be able to rearranged for every game. The triangular moving pattern enables players to move at a predictable and calculated pace. 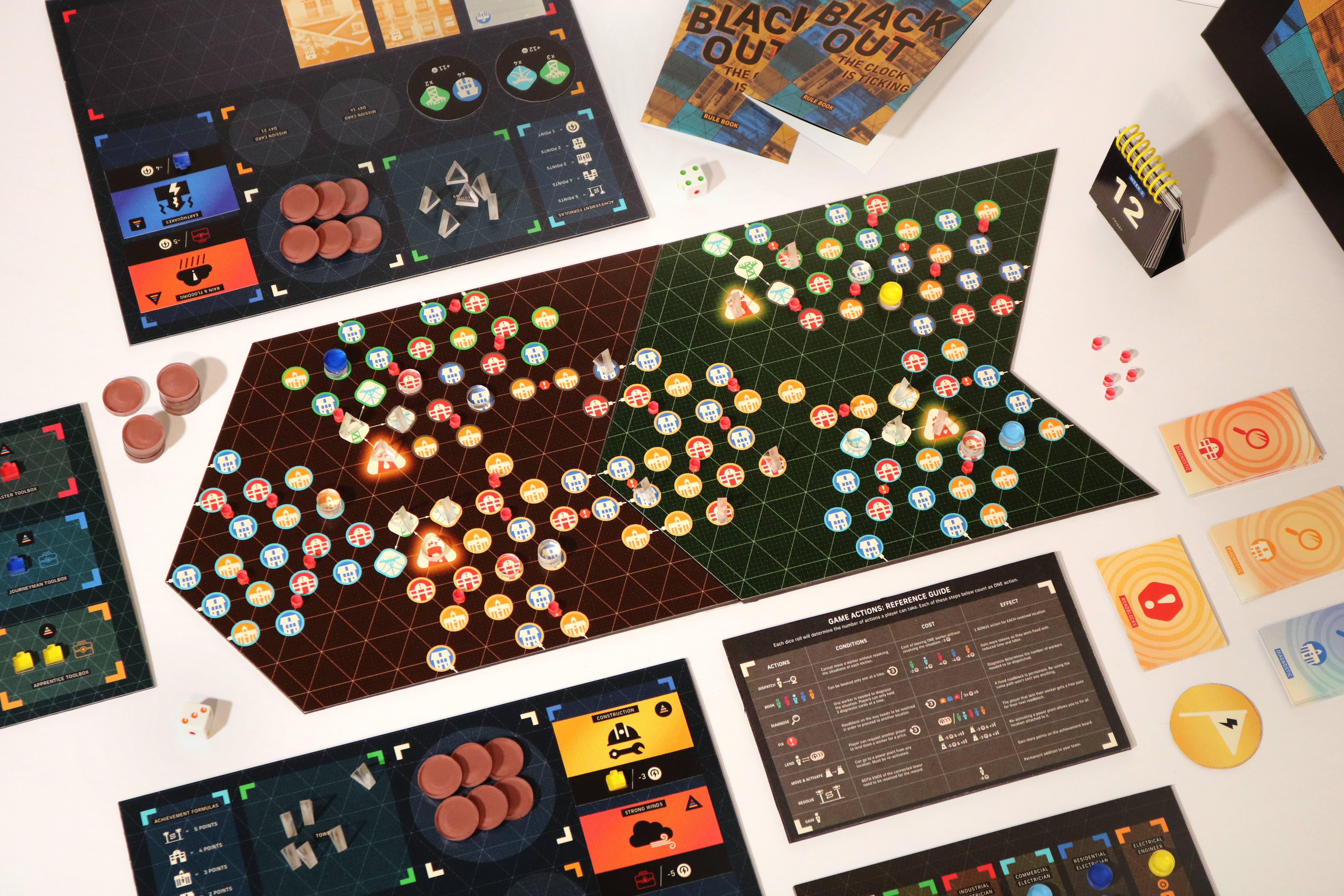 Visual Research
The game's visual components are inspired by 2000's print design paired with legible iconography style. It is designed to bring players back to 2003. 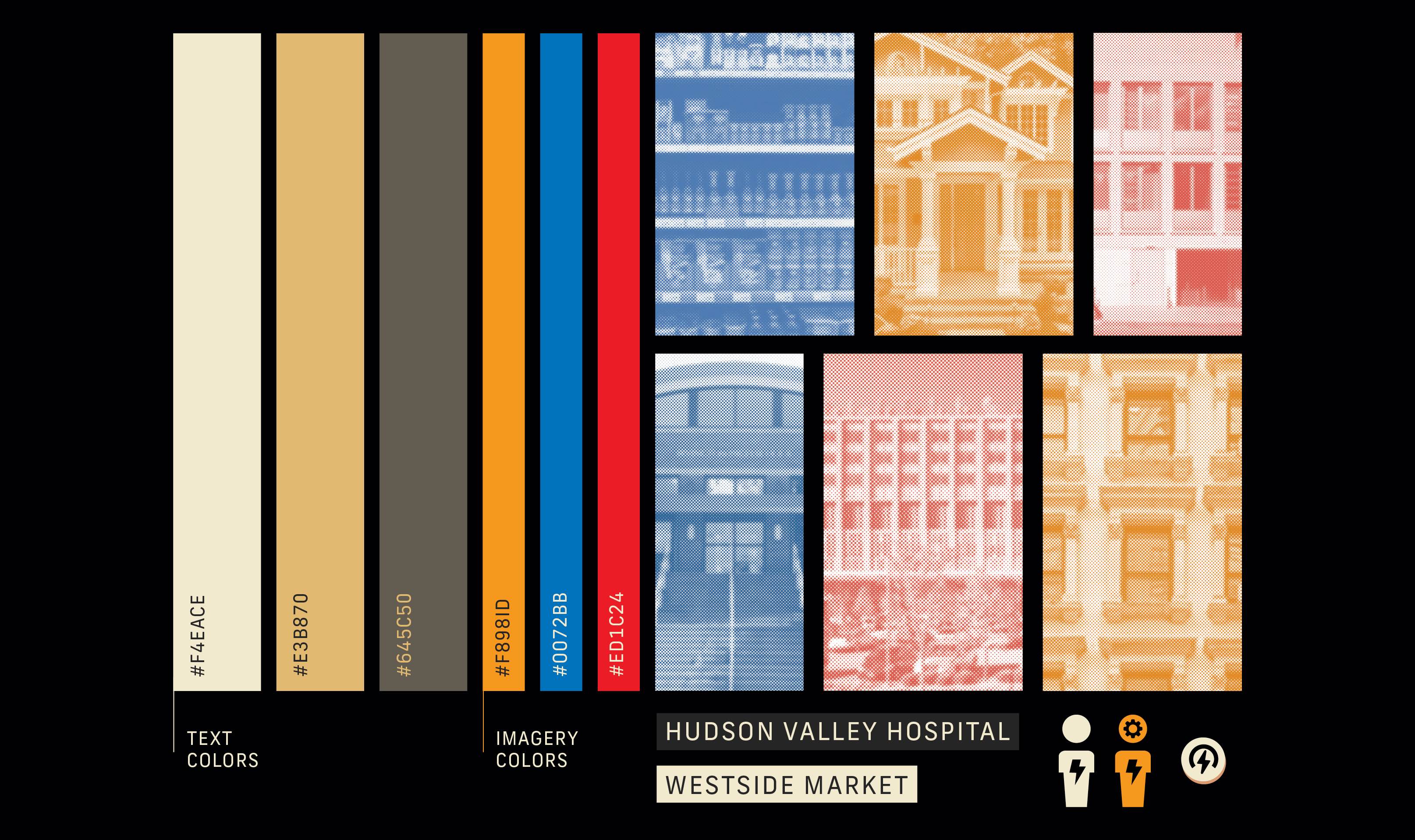 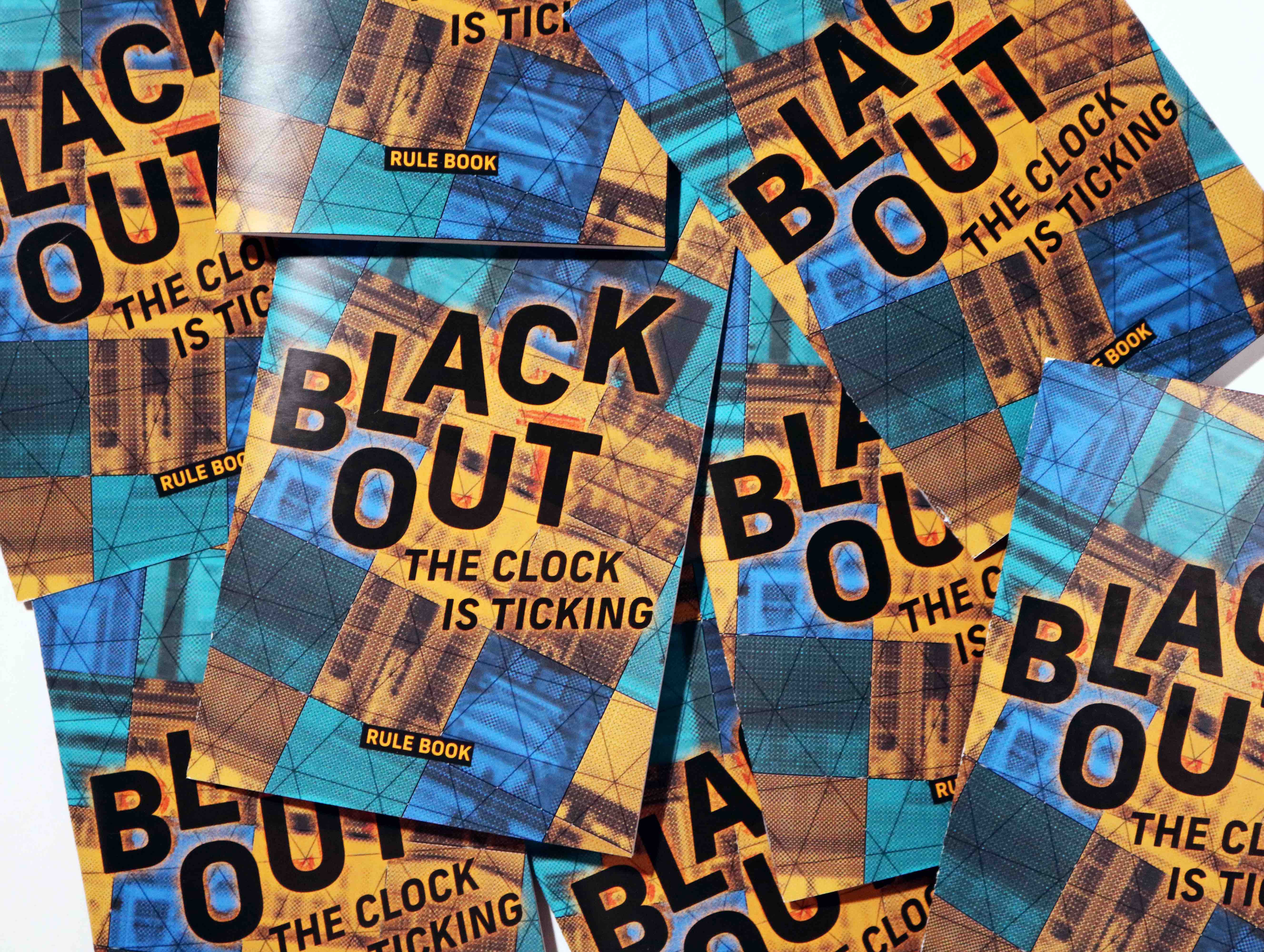 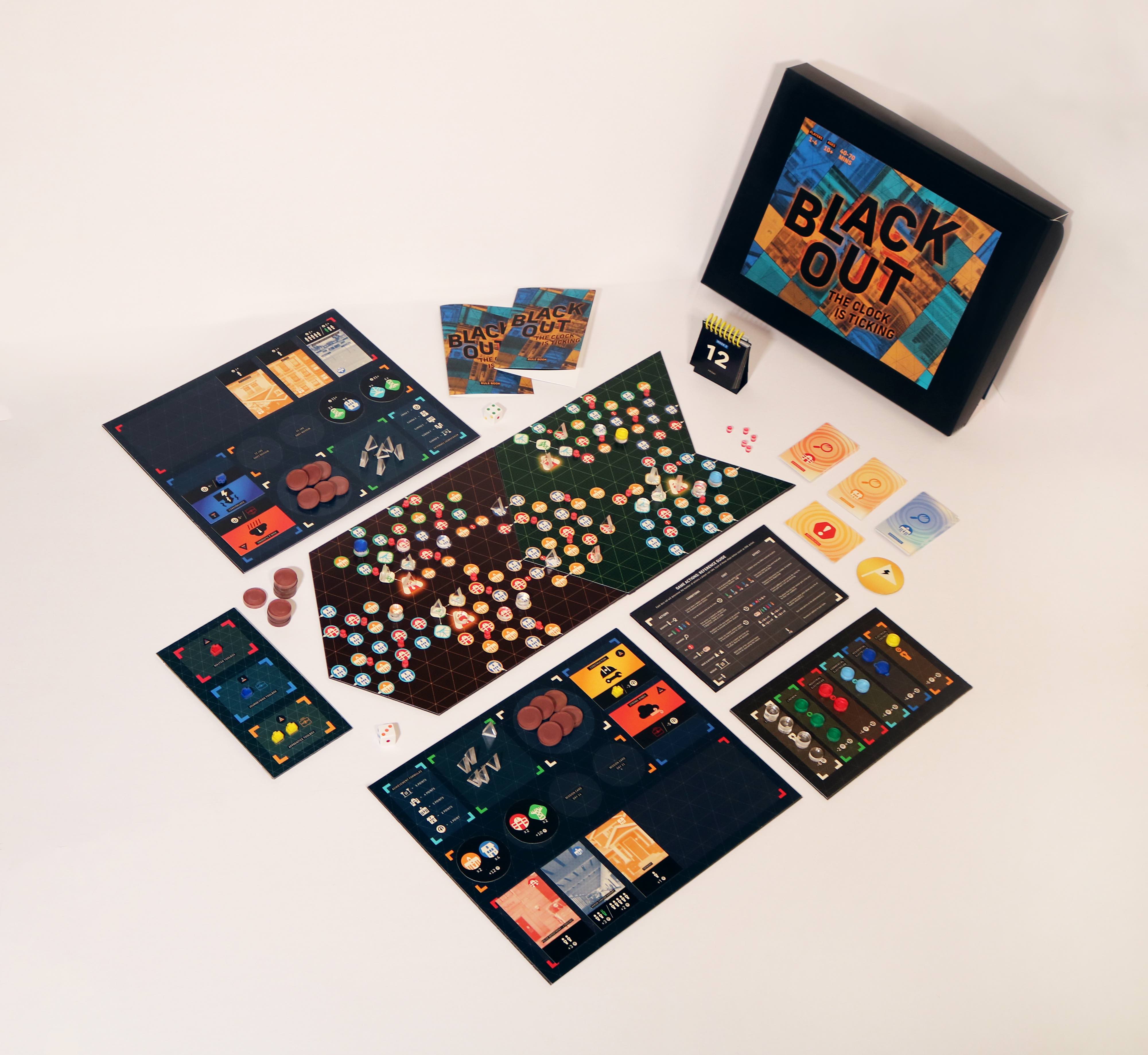 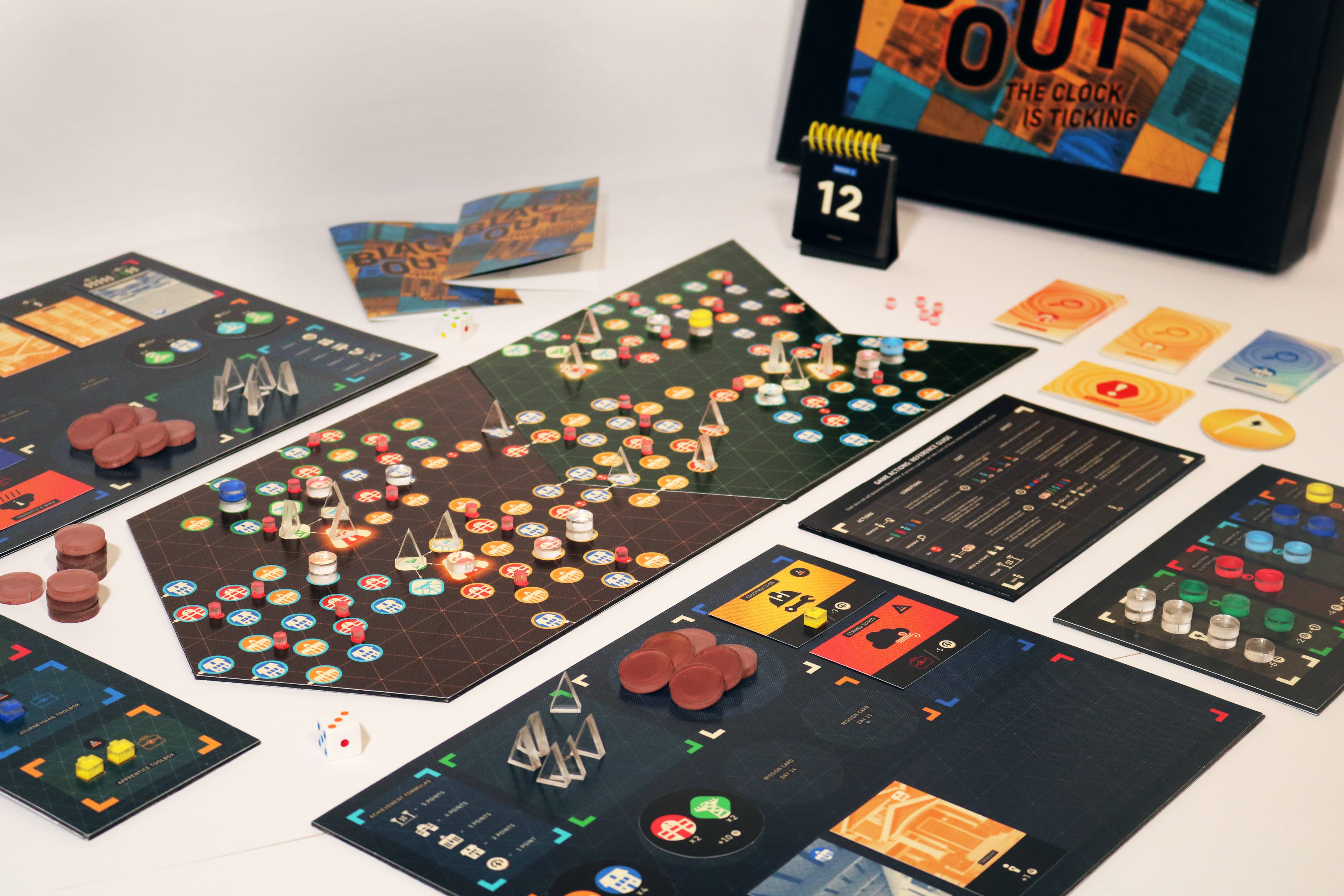 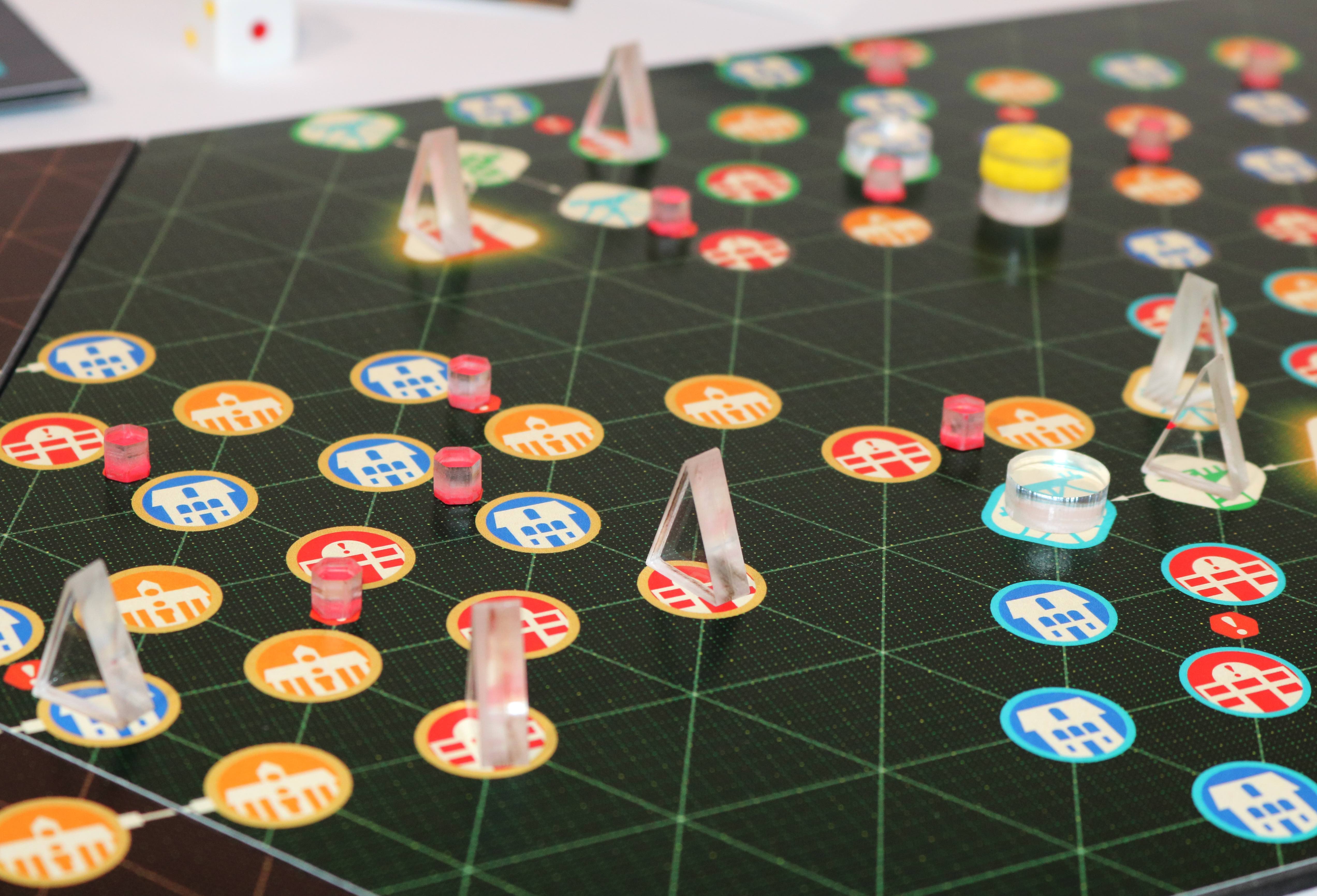 During this 10-week learn-and-execute project, I was constantly surprised by the shared intricacy of board game design, data visualization and user interface design. My team utilized a project workflow similar to developing an app to construct this game, in order to develop a game that functions and plays beautifully. The research workshops, mood-boarding, prototyping and user testing helped us to understand the visual and game narrative for our targeted audience tremendously, and proved that design thinking is truly transcendent. Although it was the team's first time learning about board game design, data visualization and blackout crisis management, we managed to successfully utilize our project management, creative strategy and design skills to make something we were all proud of.
‍
Special thanks to:
Stephen Farrell – course instructor
Sama Kasliwal – teammate
Réka Szabo – teammate
SAY HI
RAVENSRMO
@GMAIL.COM
BACK TO
HOME
PLAYGROUND
ABOUT
JOIN IN
LINKEDIN
TWITTER
INSTAGRAM
Bird of the Month: Piping Plover
↑